Why You Should Watch SEX EDUCATION – Season 1 and 2 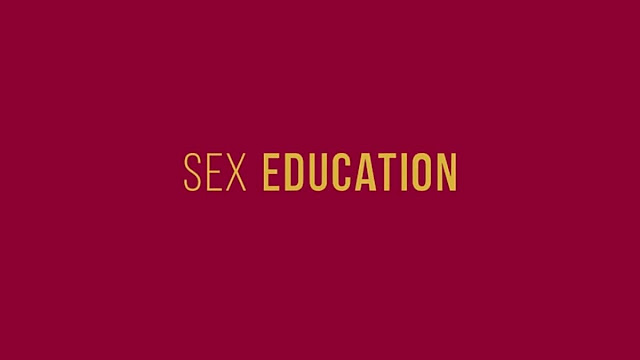 Rating – 4/5
Watch on – Netflix
I can undoubtedly say that every millennial is going to love this thoroughly entertaining coming of age drama. Set in the picturesque location of London the story focuses primarily on three teenagers- Otis Milburn, a sweet and socially awkward teenager who is ambivalent about sex Eric, Otis’s homosexual best friend since childhood who comes from an extremely orthodox family Maeve Wiley, Otis’s crush who is known as the ‘slag’ of the high school but extremely brilliant in literature. 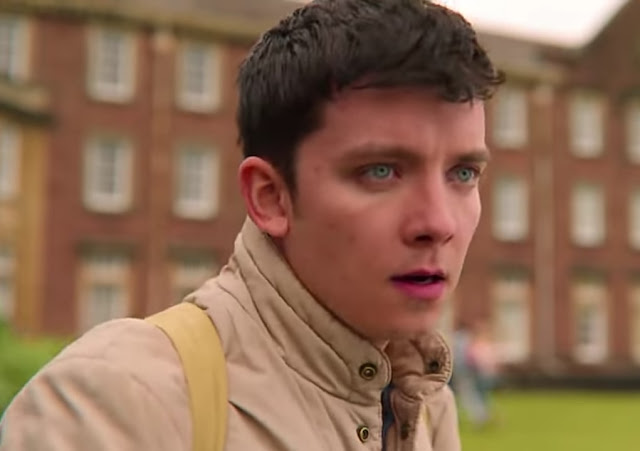 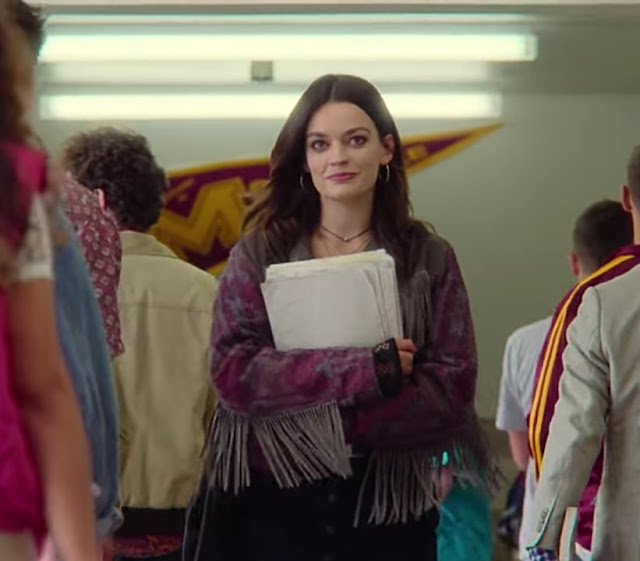 The series pops up realistic problems faced by relatable characters. They make sex into laughter but without giving up on the seriousness involving these teenage problems. From homophobia to teenage pregnancy, from body shaming to molestation, this series makes us think twice about various issues.

“This man smiled at me, he had a kind face, he didn’t look like he was capable of that. How do I navigate in the world now, now that I know that I’m not safe? And now that I know when I smile at someone it might invite that kind of behavior.” These words by Aimee (Sex Education) as she describes her disgusting experience on the bus is the simplest way to put things out there.
She is traumatized with what happened to her, too scared to get on the bus again. The only thing that helps her move past it is the assurance that she ain’t alone, that she has a bunch of female companions who are there to fight with her instead of blaming and sidelining her.
As Aimee breaks down while in detention with other girls, each of them opens up about the incidents they had to go through. Their personal experiences didn’t have to go as far and inhumane as rape to point out the horrors of sexual assault. It was the creepiest gaze and other filthy activities that gave them a nightmare.
The stories they shared, the experiences that they encountered assured Aimee a safe harbor; now she was not alone and she had nothing to be scared of. With them by her side, she wins over her fear and steps onto the bus; the best scene in television in recent times.

It has a general openness and acceptance around gender identity issues and many types of sexual orientations, including asexuality. Women, including one in her 50s, have strong/central roles, and their desires and sexuality are represented as much as those of male characters. The show is fun, light-hearted, and touching but also very responsible, mature, and genuine.

The Otis-Maeve segment is just lovely. It’s a delight to watch these young actors burn the stage with their breathtaking chemistry. The scenes involving Otis and his mother Jeanne are also very impressive. The arguments, the hustle, the possessiveness is all relatable.  Though socially awkward, we love how genuinely caring Otis is for his friends.


Eric and Otis give us some major friendship goals. I loved the idea of makers choosing a black gay best friend who is not just confined as a helpless sidekick. Eric is extremely confident and unapologetically himself, and this one of the reasons why we love him instantly. Eric’s relationships are confusing and unclear. We hope to get better clarity about his relationships in the next season.
Maeve, on the other hand, is someone misinterpreted her whole life and never acknowledged for the gem she is. A homeless young girl, she tries to hide her childhood insecurities and fear by her ‘bad-girl’ outlook.
Every character in the series has something deep to convey that makes you feel warm for them. To see them all mature and grow with each passing episode brings a smile to your face. That’s where the success of the series lies!


I must say that the second series ended in such a way that I’m restless and eager for the next season. As per sources, the next season will release in 2021 Jan.

Best Hindi Movies on Netflix that you can’t miss!