Here’s everything that makes PIKU a worth watching movie!

To all those who never watched this soul-filling movie, you are missing out on a really wonderful experience; an experience that will leave you with a tender smile and moist eyes.

It’s been five years of Piku and the film shines with all its charm even today. What is about this film? Is it the detailed work of art that resonated with the hustle of a normal middle-class family? Is it the naturally witty humor that gifts you a genuine laugh? Or is it the spectacular performances by the lead actors who make their characters as relatable as possible? I would say all of it.  The film is delightful just like a Bengali rasgulla but with its own shares of the daily dose of family drama.

We love Deepika Padukone’s Piku not just for the kind of independent single woman she is but also for the love she has for her over-protective and at-times annoying father.

She knows how dependent her father is on her and stays with him disregarding other people’s concerns over her ‘marriageable’ age. Roles get swapped and Piku becomes the parent to her 70-year-old father. The ‘CR Park wali madam’ does appear harsh and rude but a look at everyday life will unveil to you a Piku who is nothing but a very generous and lovable Bengali woman.

In a world where children abandon their parents due to health and illness, Piku stands out by creating and upholding her own morals and values. 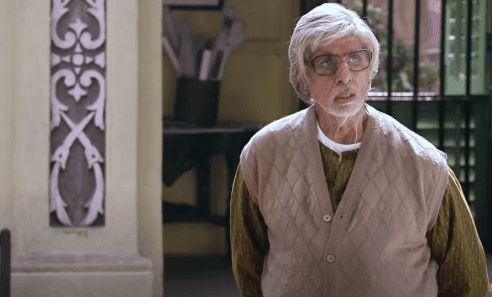 Bhaskor Banerjee(played by Amitabh Bachchan) is not the kind of father who fetters over his daughter’s relationships rather, he is one of a kind who introduces her to her suitors as a ‘financially, emotionally and sexually independent, non-virgin woman’. His obsession over his health and bowel motions are the only discussions in their Delhi based Bengali household.

Like Rana, even we are left thinking – ‘Aap har baat kaise pet se jod dete hai!'(It’s great how you relate everything to your bowel motions)We find him extremely annoying and endearing at the same time.   He may be blunt in saying things straight to the face but his love for his daughter and his roots compensates for everything.

Raana is that person who balances the diametrically opposite yet fundamentally same father and daughter. A generous travel owner who gets into the life of the father-daughter duo, Raana, through them explores many emotions.

Though extremely frustrated by the tantrums of the family, Raana slowly adapts to it and enjoys every moment of those tantrums. He had his perfect wits and humor which makes us fall for him instantly. Raana maybe a slightly less author-backed role but with an actor like Irrfan Khan, the character was in safe hands.

Juhi Chaturvedi has some amazing stories. Piku is just another fantastic tale of hers. But for us, it’s more than a tale. Movies like Piku are that ray of hope that assures us that no matter what, Indian cinema will not lose its authenticity to glamour, fame, and money.

Cheers to 5 years of Piku!

One thought on “Here’s everything that makes PIKU a worth watching movie!”