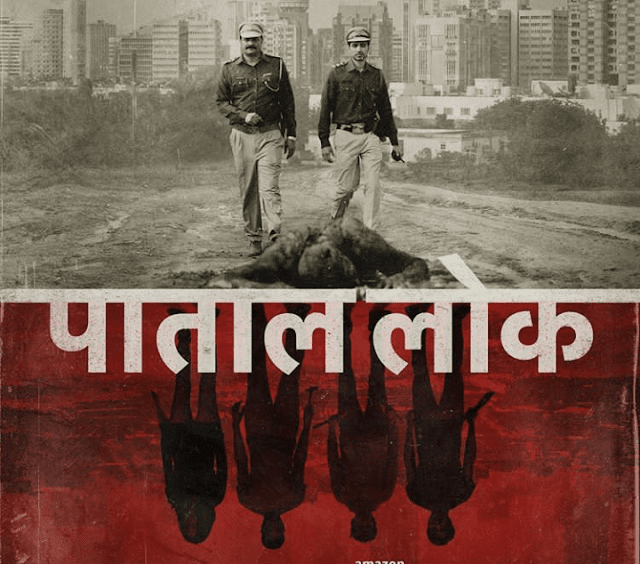 We are the product of our circumstances, aren’t we? Well, so are Hathi Ram Chaudhary, Hathoda Tyagi, Tope Singh, and everyone in Paatal Lok. The characters on both sides of the law had their own story but the story of the ones on the darker side is intense enough to make you think what made them cold-blooded murderers.

Starting as an investigation of the murder attempt of a notable journalist Sanjeev Mehra(played by Neeraj Kabi) Paatal Lok tries to expose our society that is divided by class constructs. Here are a few things you learn about our country from Paatal Lok. (Do not worry, No Spoilers Ahead!!)

The caste discrimination in Punjab towards the Munjaar community is shown in the most heard hitting way without taking any diplomatic stand. Jagjeet Sandhu as the oppressed Tope Singh who rebels against the society and law gives goosebumps in artistic finesse. How the upper caste villagers take revenge on his rebellion is heartbreaking.

How did National Champion Vishal Tyagi(Abhishek Banerjee) become Hathoda Tyagi? This is related to the brutal yet un-reported rape cases that happen in the rural areas of Uttar Pradesh.
No one takes any action against the rapists and the victims are asked to keep mum and are secretly married off. Vishal Tyagi decided to serve justice earning the title of Hathoda Tyagi

On one side we have Imran Ansari(Ishwak Singh) who is a loyal and brilliant cop and yet looked down by his Hindu colleagues. He is stuck in a conflict with his inner self. Though having suffered from discrimination based on religion in his workplace, Ansari takes the high road of understanding and calmness to deal with things.
And on the other side, we have Kabir M who tries to hide his Muslim identity to escape from the horrors of the communal riot that he witnessed in his childhood. Though divided by class differences, Ansari and Kabir are two sides of the same coin-communal inflict

The series has taken an audacious move in exposing the bittersweet politics of Indian journalism. Let’s take the two prominent journalists shown in the series- the big shot Sanjeev Mehra and a struggling small-town reporter from Chitrakoot, Abhilash.
Sanjeev Mehra took advantage of his murder attempt to garner superlatives. He knew the truth and yet chose to become one of those fake news peddlers for selfish benefits.
Abhilash on the other hand brought in front of the people the truth he found only to be shut down and forced to live a life in fear. This is the truth of our media. What is truth and what is not, we never know?

5. Police-force a pawn for the power play

The keepers of the law they say, yet even the most righteous cop has his hands tied. Hathi Ram Chaudary (Jaideep Ahlawat) was one such cop. He wanted to make a difference, do something big only to be pulled down by the ones with higher ranks and positions. He in the end realizes how he, just like many others is just a pawn for the bureaucracy and Indian politics.
6.  The Dalit Vote Bank and Politics
We have all heard of the Dalit vote bank but the underlying dark truth of this political strategy, very few know. The same politicians who eat with Dalits later take a dip in Ganga to cleanse them from the filth of the Dalits. Many who are unaware of this are continued to be fooled while those who are aware are thrashed and shut up.
7. If a man loves dog, he is a good man
Ok, speaking more on this will need a spoiler warning so I prefer not to say more on this. But I can guarantee you that this one is the most interesting part of the entire series. No matter how much of a cold-blooded murderer one can be, a bit of humanity will be left in him.
Do you remember the story from Mahabharat where a dog followed Yuddhishitra all the way to heaven? Well, that’s all I can give away!!!
If you haven’t watched Paatal Lok yet, go watch this amazing crime thriller now before coming across any spoilers
Watch on – Amazon Prime Video

2 thoughts on “Paatal Lok Web Series- 7 Lessons to Learn from this Crime Thriller!”

Mismatched on Netflix Review – Entertaining but not exciting