Women of Worth – Here’s how the female actors of Gulabo Sitabo steal the show!

What starts as an unsettling relationship between the leading men takes another turn in the end with the women of Gulabo Sitabo stealing the show. Farukh Jaffar as the clever Begum and Srishti Srivastava as an ambitious and smart Guddo makes their point loud and clear. They are women of worth. 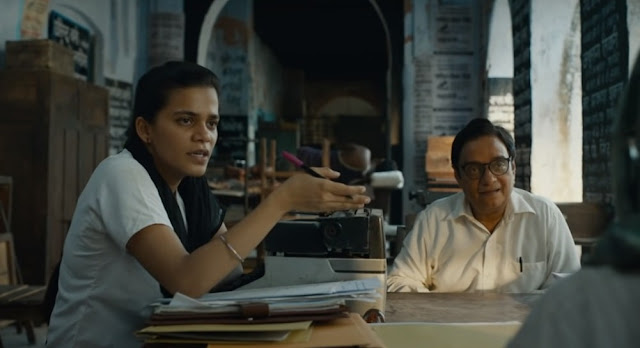 Guddo (Srishti Srivastava) is not afraid to go after what she wants and worms her way into her brother’s schemes, using her smarts to gain an advantage over the hapless men around her. She ends up bagging a better deal than her brother from Gyanesh Shukla (Vijay Raaz) and also instantly impresses Mirza’s lawyer Christopher with her self-taught legalese, ending up as his assistant.

You see her unapologetic about sexual choices and surprisingly there is no judgment and no slut-shaming, something which is unusual with the idea of associating small-town female characters in our cinema. Guddo makes it seem like the most natural thing, defying the stereotypes of chain-smoking to show progressive and independent women.

The 95-year-old Belum is just adorable with her wits. Though she has her own choices, her roots pulled her back and left her no option than to marry a greedy Mirza who happens to be 15 years younger than her. It is not a hidden fact that he got married only for her riches and that is one thing that scares her. It is for her haweli that she returns and is not letting anyone including Mirza to take that away from her, even after her death. And there was her greedy husband, Mirza, waiting for her to grasp her last breathe. 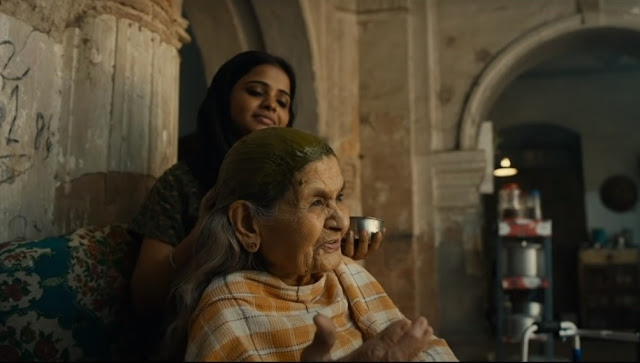 It’s amazing to see how her age never becomes a barrier in her mission to safeguard her haweli. Begum knows that she deserves happiness and respect, something she never got in her loveless marriage with Mirza. Even though 95, she finally grabs hold of what she deserves. We see her dressed in her best clothes, celebrating her birthday while Mirza and Baankey watch with their jaws dropped, hopefully realizing how they undermined her wits and capabilities.

The one thing that excites us to watch Shoojit Sircar’s Gulaabo Sitaabo is the pairing of two superstars Amitabh Bacchan and Ayushmann Khuranna but it’s the women calling the shots. Fatima Begum and Guddo are the best feminist bits written in any recent movie. When closely observed, it can be inferred that there is a unique representation of women in Shoojit’s movies. Guddo and Begum are just extensions of the same.

Not to mention how safe these characters were in the hands of stellar actors, Farukkh Jaffar as Begum and Srishti Srivastava as Guddo. These actresses deserve a huge appreciation for their performances.

Srishti Srivastava seems to garner superlatives in all her limited performances, may it be Albela from Gully Boy or Guddo from Gulabo Sitabo. Let us hope to see more of her in Hindi cinema.

2 thoughts on “Women of Worth – Here’s how the female actors of Gulabo Sitabo steal the show!”