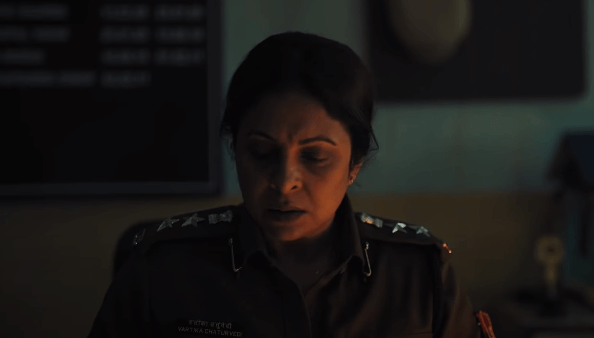 Here are some shows to binge for Netflix Stream Fest

Netflix India has always been creative with their marketing strategy. This time, they have just leveled up their game. A weekend with unlimited free streaming on Netflix! Exciting isn’t it! Get ready for Dec 5 and 6 for the ultimate binge marathon.

This must be the first time a leading OTT platform like Netflix is coming up with such an enticing offer. Make sure you make best of it. Confused where to start? I can help you there a bit. Here’s a bunch of movies and web series that you are going to enjoy for the Netflix Streamfest.

Set in the 1950s and 60s, the series explores the life of an orphaned chess prodigy Beth Harmon as she embarks on the journey of becoming the world’s greatest chess player. But her journey is not at all easy. She has to meddle with her drug and alcohol dependency before making her dreams come true.

Released on 23rd October, Queen’s Gambit became the most-watched mini-series on Netflix just after four weeks. The series guarantees a generous dose of adrenaline rush with its brilliant delivery of the game of chess

I would say Serious Men is Nawazzudin’s savage comeback. Through an interesting narrative the movie explores the different layer of our country’s socio-economic diversity. Nawazudin play’s Ayyan Mani, a lower middle-class clerk who wants to come out of the “slum” he has been trapped for in years.

Rare are films that make us laugh at the same time make us think.

Delhi Crime is based on the after math of the 2012 Delhi gangrape case that shook the entire nation. What makes the show different is that it revolves more around DCP Varthika’s (in charge of finding the culprit) turmoil than the victim.

Stellar performances and compelling narrative are just two of the many things that make the show a must watch.

4. Never Have I Ever

Ok, enough with intense drama and thriller. It’s time for some mood shift with a light-hearted comedy. Never Have I Ever would be a perfect choice. It’s a simple and light comedy that peeps into the life of an Indian origin American teenager Devi. She just lost her dad and does not know how to deal with his loss. She struggles hard to be the center of attraction only to embarrass her every time.

Go watch Mindy Kaling’s Never Have I Ever if you are into teen rom-coms.

Malayalam films are always great. Sudani From Nigeria is just another proof for that. Starring Soubin Shahir and Samuel Abiola Robinson, Sudani from Nigeria is a tale of kindness, friendship and selflessness. Stretched frames that absorb the exquisite beauty of North Kerala are an added bonus. No football lover can ever ignore this beautiful soulful film.

Done already? Do you have some more time left? Woah, cool! Then here are some other cool shows and films that will be worth your time.

A highly tempting film, Article 15 is based on several true incidents that are nothing but a testament to the disturbing atmosphere of India’s diversity. Also, Ayushmann Khuranna is never going to disappoint.

Bollywood’s experiment with horror has never seen any success. But a touch of humor with horror did magic. Stree is a horror-comedy film set in a town called Chanderi where men are not free to roam about. They are afraid of being abducted by chudail “stree” if seen alone. An interesting set of events happen in the town mixed with mystery, humor, and horror. Rajkumar Rao and Shraddha Kapoor are delightful in this gem of a film.

I hope you enjoy your weekend of unlimited Netlfix streaming with some awesome web content.