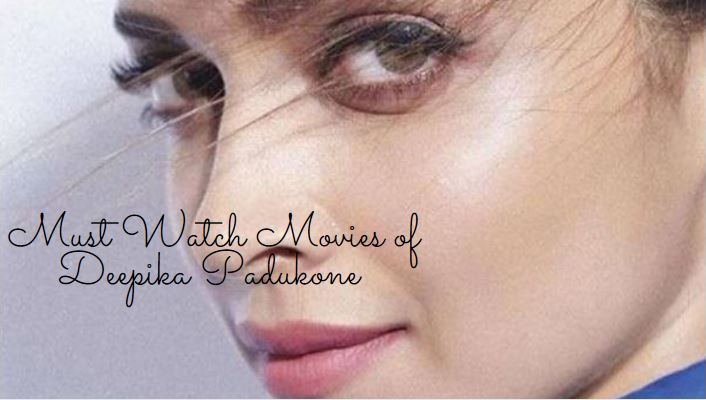 It’s not just about giving back to back box-office hits. It’s also about how you inspire people. The leggy lass Deepika Padukone has earned it both ways. The undisputed queen of Bollywood, Deepika is one of the most influential and successful actors in India. Apart from the huge box-office records that she has to her name, Deepika inspires millions of people every day by just being herself. May it be opening up about her mental illness or taking a political stand, Deepika has given us some major personality goals. To celebrate this wonderful human being, here’s a list of the best movies of Deepika Padukone (Ranked in no particular order)

Deepika Padukone’s Bollywood debut Om Shanti Om is a colorful celebration. Deepika plays Shanti, a successful star who is secretly married. Shahrukh Khan stars opposite her as Om, a junior artist who crushes Shanti. Set in the 70s, the film is quite eventful and keeps us thoroughly engaged. Deepika delivers a performance far better than expected from a newcomer. Let’s just say, she had marked her territory right then itself.

Deepika’s second collaboration with Sanjay Leela Bhansali, Bajirao Mastani is an epic romantic tale of Peshwa Bajirao and his second wife Mastani. Priyanka Chopra Jonas plays Kashibai, Rao’s first wife. In this film, you see Deepika getting more refined as an actor. Her eyes do most of the talking. She embodies Maeestani with grace and slender. The chemistry between Deepika and Ranveer is very compelling as well.

Sanjay Leela Bhansali brings out the goddess in Deepika every time. Their first film together, Ram-Leela is an adaptation of Shakespeare’s tragedy novel “Romeo Juliet”. Deepika looks stunning in her Gujarati attire and even dances gracefully. It is however sad to look back on how the film was criticized for obscenity even before its release. Nonetheless, the film turned out to be a huge commercial success and became a turning point in Deepika’s career.

Deepika’s third collaboration with Sanjay Leela Bhansali, Padmaavat is the story of queen Padmaavati who committed ‘Jauhar’ to escape the lust of Alauddin Khilji. Shahid Kapoor plays Maharawal Ratan Singh, husband of Rani Padmaavati. With a production budget of 215 crores, Padmaavat is one of the most expensive films ever made. The storyline is pretty interesting and chokes our hearts towards the end. Catering to the religious sentiments of certain communities, the initial title Padmaavati was changed to Padmaavat. The film was prohibited from releasing in certain parts of the country.

Based on the life of acid attack survivor Laxmi, Chapaak directed by Meghna Gulzar went on to receive immense critical acclaim. The film was Deepika’s maiden production venture. The scenes are so intense that it becomes difficult to sit through the entire film without once shutting our eyes out of fear! Deepika plays Malti, a young girl who faces the wrath of the male ego only to fall victim to an acid attack. This was the first time Deepika did a role as this and she did it with such ease. The chemistry between Vikrant Massey and Deepika also came out very well. Chapaak grabbed a lot of cold gazes when Deepika stepped out for the students of JNU while promoting her film.

Piku is one of my personal favorites. There’s never going to be a better Piku than Deepika! Deepika plays Piku Banerjee, a 30-year-old independent woman who looks after her all-time constipated father. Amitabh Bacchan plays Piku’s father Bhaskor Banerjee. The ‘nok-jhok’ between the two is a delight to watch. We laugh, we think and we cry. That’s what Piku does to us.

Directed by Imtiaz Ali, Tamasha makes us break free of the mundane routine that we have inexplicably become a part of. Ved makes us see how we have surrendered ourselves to pointless expectations and forgot to be ourselves. But things change for Ved when Tara (Deepika Padukone) comes into his life. She makes him see that life is what we make of it. Deepika plays the Manic Pixie Dream Girl glamorously. Each of her outfits in the film was simply stunning.

Isn’t working with your ex-boyfriend awkward? Nah, not for Deepika! Ranbir Kapoor and Deepika recreate the same magic again leaving the fans wanting more. Yeh Jawaani Hai Deewani is a colorful celebration of friendship, life, and love. Some memorable songs, beautiful frames, and thoughtful dialogues make this film one of the best Bollywood films ever made.

Love Aaj Kal has Saif Ali Khan and Deepika Padukone united with Imtiaz Ali for the first time. Imtiaz Ali is a true storyteller. Love Aaj Kal is just another testament to that fact. The movie is about overcoming the differences and finding love all over again. The film is very fulfilling and is on the top of the best Imtiaz Ali films.

Deepika reunites with Saif Ali Khan for yet another romantic comedy. The film turned out to be a game changer for Deepika Padukone as it explored her new horizons as an actor. The film was critically acclaimed for her intense performance. Cocktail is a love triangle drama directed by Homi Adjania and marks the acting debut of Diana Penty. Three friends find themselves lost in love and friendship and struggle to hold on to what actually matters.

There’s Astounding Relatability Between these Characters!