Netflix has come up with the most exciting lineup for this year that consists of 40+ new shows and movies. Here’s a quick peek into those shows and movies so that you can prepare yourself for the entertainment package by Netflix!

Here’s all the upcoming sequel web series on Netflix:

The first black and white web series, Kota Factory had received lots of love upon its release on TVF’s YouTube channel. The four-episode web series gives a clear picture of the life of engineering aspirants in Kota who want to get into IITs. Contrary to popular perception, the series is a positive insight into life in Kota. The series has aspiring students who are willing to give their best shot to get into the premier engineering colleges in the country. It’s been over two years and the second season is finally lined up for release on Netflix. 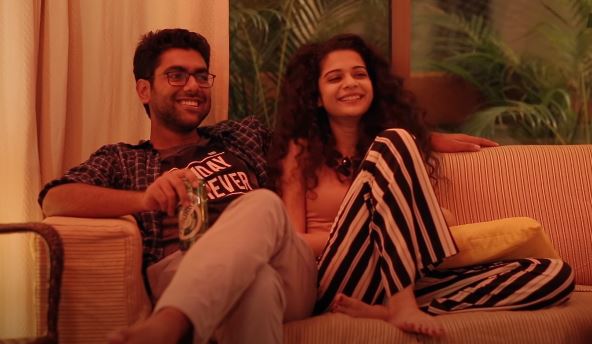 Dhruv and Kavya have become India’s favorite couple since Little Things hit the digital space. What makes the series so endearing is how raw and real the relationship of Dhruv and Kavya is. This makes it so relatable for the youngsters that they see themselves in Dhruv and Kavya. The series explores all the possible challenges the couple has to face and how they thrive to keep their relationship alive.

Neena Gupta and Masaba Gupta have had really happening lives. They have lived their lives on their own terms and never confined themselves to societal norms. And that’s why they are so inspiring and amazing. Masaba Masaba is a series that explores their messy and interesting lives. Though fictionalized, the series touches upon the real experiences of the mother-daughter duo.

Popular YouTuber Prajaktha Kohli had made her Netflix debut through teenage rom-com Mismatched last year alongside heartthrob Rohit Saraf. Though the series received mixed reviews it sure did win over the youngsters. Now the second season is all set to release by the end of this year (it can get postponed to next year as well). Let’s pray that the wait is worth it.

Delhi Crime is a Netflix original based on the much-discussed Delhi gang rape of 2012. The series focuses more on the turmoil of the lady inspector assigned to investigate the case. Delhi Crime is an intense thought-provoking show that deserves a watch. The series even went on to get an Emmy nomination. The second season will see the main cast returning with a new set of challenges to solve.

Here’s a list of all the upcoming original web series on Netflix:

Decoupled is a story of a couple who decide to stay under the same roof in spite of their divorce. They want to set a healthy example for their daughter and continue to stay together. How do they survive each other’s tantrums; that’s what Decoupled is all about. The series stars R. Madhavan and Surveen Chawla in the lead roles.

Mai is the story of a 47-year-old wife and mother, who finds herself trapped in a web of dirty politics after facing a personal tragedy. The series is produced by Bollywood actor Anushka Sharma’s production house, Clean Slate Films.

Yesteryear Bollywood actress Raveena Tandon is all set to make a terrific comeback with her new Netflix original Aranyak. She plays a local cop who is tasked with a case and as the investigation proceeds, many dark secrets unveil.

The dhak dhak girl Madhuri Dixit makes her OTT debut in The Fame Game which is produced by Karan Johar. Madhuri plays a global star, wife, and mother who goes missing one fine day. As the hunt to find her proceeds, the ugly facade tears away and is replaced by some hard-hitting truth. The series was initially titled Finding Anamika

Here’s the list of all the movies releasing this year on Netflix:

Pagglait starring Sanya Malhotra is the story of a young woman who is widowed after five months of her marriage. Much to her family’s disappointment, she is unable to grieve the death of her husband. Followed by a set of funny and quirky moments, this young widow (played by Sanya) explores her true self. The film is slated to be released on 26th March 2021 on Netflix.

It is the cast and the interesting storyline that left me all hyped about this movie. Haseen Dillruba starring Taapsee Pannu, Vikrant Massey, and Harshvardhan Rane is a murder mystery thriller directed by Vinil Mathew.

Ray is a collection of stories by the veteran filmmaker Satyajit Ray. The film has a stellar cast that includes Radhika Madan, Manoj Bajpayee, and Gajraj Rao.

Ajeeb Daastaans is a collection of four short films that explore the various dimensions and complexities of relationships. The anthology is produced by Karan Johar’s Dharma Entertainment.