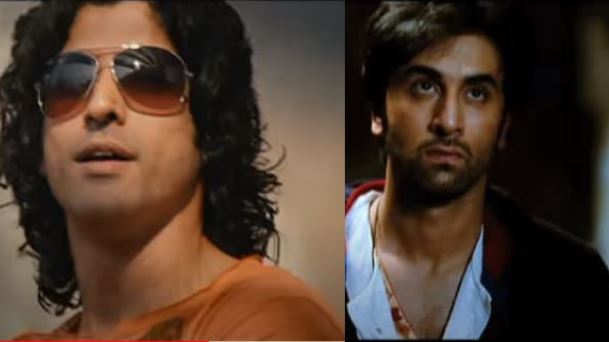 It is impossible to enjoy a movie without at least a single piece of good music. Some of us watch films just for music, don’t we? Here’s a list of some Indian musical dramas that are both a visual treat and a pleasure to our ears.

Music by: A R Rahman

Directed by Imtiaz Ali, Rockstar stars Ranbir Kapoor as Jordan, a successful singer who does not feel content with his life. The movie is a romantic musical drama with plenty of soulful songs composed by none other than the legend A R Rahman himself. It is the music that holds the plot together and gives soul to the story. A song that is going to live for generations, from this movie, is definitely ‘Kun Faya Kun’. Close your eyes and listen to this track; you will be transported to another dimension. It’s a song that invokes spirituality in us. Rockstar is definitely one of the best musical dramas ever made in Indian cinema.

Rock On not only marked the directorial debut of Abhishek Kapoor but also marked the acting debut of Farhan Akhtar. The movie is about a rock band who catch up after a long time since the band split. The rock band consists of four members and as they were on the verge of their big break, some issues come up leading the band to part ways. Rock On helps us in seeing through the thin line between following your passion and accepting your reality. If you dream of music and are passionate about it, you are definitely going to love this one.

Aashiqui 2 gave both Aditya Roy Kapoor and Shraddha Kapoor the big break that they were waiting for. Directed by Mohit Suri, Aashiqui 2 is a film about a self-destructive popular singer Rahul Jayakar (played by Aditya Roy Kapoor) and a passionate singer Aarohi (played by Shraddha Kapoor). The film has one of the most addictive music that was ever made in Bollywood. Music by Ankit Tiwari and sung by Arijit is like a therapy session. The songs reflect every situation of the characters and really get us in the zone.

The song ‘Channa Mereya’ is more than enough to categorize Karan Johar’s Ae Dil Hai Mushkil as an evergreen musical drama. The song, composed by Pritam and sung by Arijit Singh is so intense and profoundly depressing. Channa Mereya is the soothing companion of anyone going through heartbreak and is like a shoulder to cry on. Though this is the song that tops the chart, there are several other songs in this KJo drama that are a pleasure to our ears.

This Mohanlal starrer Sibi Malayil movie is a cult classic Malayalam movie that is drenched in classical and semi-classical music composed by Johnson. The film revolves around a family that is reputed for the musical heritage they carry. The elder son, a renowned classical singer Kallor Ramanathan (played by Nedumudi Venu) veers into self-destructive habits that bring immense disgrace to him and his family. His younger brother Kalloor Gopinathan (Mohanlal) covers up for his brother while he is out there bringing his blessed talents shame. If you enjoy classical music, this Malayalam movie might just make your day.

One thought on “Indian Musical Dramas that are visually melodious!”