Best Hindi Movies on Amazon Prime Video (Of All Time)

OTT platforms have become our go-to place for some amazing movies at any time. Taking a break from the work or enjoying a movie night with friends and family, platforms like Amazon Prime video are a savior. But wait, what to watch from tons of content? Don’t worry, let me help you out there. If you are in search of some awesome Bollywood film, here’s a list of best Hindi movies on Amazon Prime (old as well as the latest).

One of its kind, Thappad directed by Anubhav Sinha is a powerful tale of finding your own identity rather than obliging yourself to the age-old patriarchal system. The film starring Taapsee Pannu raised a few eyebrows questioning the idea the film tried to convey. Taapsee plays Amrita, a middle-class housewife who enjoys a good life with her husband. But her world changes in front of her when her husband slaps her in front of a big crowd and doesn’t even feel sorry for his actions. Why did he think that it was fine to slap and why did feel that its Amrita’s fault for not getting over the matter? See the film to find it out yourself. 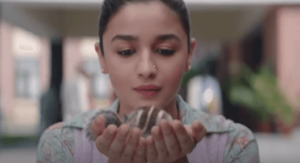 Raazi, directed by Meghna Gulzar, is based on Harinder Sikka’s acclaimed novel Calling Sehmat. Sehmat is married off to a Pakistani army officer to retrieve all activities happening there to destroy her country. How she rescues the nation from an extremely destructive plan is what the film is all about. Alia Bhatt has done a splendid job as Sehmat, probably one of her best performances so far.

A good film entertainer in Bollywood is never going to be as good as Kapoor and Sons. Estranged brothers Rahul(Fawad Khan) and Arjun (Sidharth Malhotra) are compelled to their childhood home after their 90-year-old grandfather, played by late Rishi Kapoor, suffers from a heart attack. While their parents struggle through their troubled marriage, Rahul and Arjun are themselves lost and struggling with identity issues. Kapoor and Sons is soul-filling, funny, and will melt your heart. Do not forget to watch this gem of a film.

Parched is a film that explores the lives of women living in a barren village of Rajasthan. It’s a hard-hitting film that covers the social issues of dowry, child marriage, and marital rapes. The film needs to be lauded for taking a stand on the often disregarded concept of female sexual desires.  Radhika Apte, Surveen Chawla, and Tannishtha Banerjee have done a spectacular performance in this critically acclaimed Bollywood film.

No matter how much time goes by, Zindagi Na Milegi Dobara will remain fresh every time you watch it. It is undoubtedly one of the best travel movies ever made in Bollywood. Three college friends set out on a trip across Spain and in that journey, they sort out some conflicts and explore themselves. Packed with some serene picturesque locations and intense thought-provoking dialogues, Zindagi Na Milegi Dobara is simply a delight to watch. It would not be wrong to say that it is one of the best Hindi movies on amazon prime

Imtiaz Ali’s magic is just enchanting. And that’s why Jab We Met is in people’s minds even after 13 years of release. Kareena Kapoor smashes it as Geet, a chirpy, Punjabi girl who loves herself above everything. She meets Aditya on a train and destiny does its magic. No, no, it is not a clichéd rom-com. It’s a fun ride with some humorous moments and grooving dance numbers.

At the young age of 26, multi-talented Farhan Akhtar came up with a masterpiece that went on to become a classic in Indian cinema. Dil Chahta Hai was widely accepted and appreciated by the audience for its elaborate story-telling and picturization. The best part of the film is how it fleshes out raw relationships and elements of friendship. The film stars Aamir Khan, Saif Ali Khan, and Akshay Khanna in the lead roles.

Gully Boy is just another Zoya Akhtar magic. The film is loosely based on the lives of Mumbai street rappers Divine and Naezy. Ranveer Singh plays Muraad, an aspiring rapper from the slums of Mumbai. His struggle to make it big despite his poor economic background is what the film all about. Ranveer steals the show with his authentic portrayal of a lowly college student while Alia does not fail to impress as Safeena. The film leaves us so inspired towards the end and we feel extremely happy for all the characters.

Many films have spoken on the flawed Indian education system but none have made it so entertaining as 3 Idiots. Directed by Rajkumar Hirani, the film is about 3 brilliant engineering students who struggle to meddle between their dreams and the aspirations of their family. The film is packed with many humorous events and creative thoughts. In a time when education has become all about making money, the film is a minder on what education actually means.

To watch the celebrated couple Ranbir and Deepika set the screen on fire with their amazing chemistry is a treat. However, Ayan Mukherji’s Yeh Jawaani Hai Deewani is more than that. It’s about life and living to the fullest; it’s about friendships and cherishing them forever and much more. Pritam’s ravishing music is sure to you grooving to the tunes. Yeh Jawaani Hai Deewani is a fun entertainer with the right amount of “Bollywood-ness”. It is not just one of the best Hindi movies on Amazon prime video but also one of the finest rom-coms ever made.

Here are some shows to binge for Netflix Stream Fest

Mismatched on Netflix Review – Entertaining but not exciting