Anupama Chopra in her interview with the crew of Malayalam movie C U Soon asked “Why is Malayalam cinema so good?”

The answer to this is impossible, to sum up in words. Realistic, feel-good, logical…the list of adjectives fall short to describe Malayalam movies. If you haven’t watched any Malayalam movies yet, then my friend, you are missing out on a wonderful experience. Let me help you get started. Here’s a list of some must watch Malayalam movies on Amazon Prime.

Zakariya Edayur’s second film Halal Love Story is themed around the conundrum of shooting a film by also catering to the narrow sensibilities of the religious group involved in filmmaking is fun to watch. Terrific performances by Grace Antony and Joju George need special mentions. Even thespians making special appearances, like Soubin Shahir and Parvathy Thiruvoth, leave an impact in our minds their own style. Due to restrictions on theatrical release, Halal Love Story was released worldwide on Amazon Prime Video. 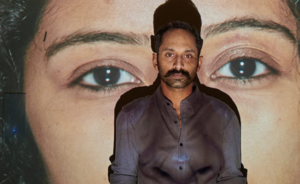 While the film industry was in a qualm with lockdown putting them temporarily out of work, director Mahesh Narayanan and actor Fahad Fasil made best out of the worst. With limited resources available, they made a film that simply blows our minds. A lockdown thriller, C U Soon is engrossing and compelling. The film is an example that every hurdle can be converted into a creative opportunity.

Though the film is not everyone’s cup of coffee, Trance is a staggering film with Fahad Fasil delivering exceptional performance. The film questions and mocks the blind faith of people and how it is today a million-dollar business. Trance, by far, should be Fahad’s finest performance ever. 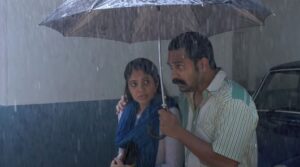 A genre rarely experimented with within Indian cinema, Kettiyolanu Ente Malakha is highly relevant for breaking the taboo surrounding sex education. Asif Ali plays Sleevachan, a farmer from the exquisite hills of Idukki, and has trouble interacting with his newlywed wife Rincy. Things go south when Sleeva forces himself on her (thinking that’s what sexual intercourse is). How the couple deal with the conflicts is what the film is all about. A feel-good film, Kettiyolanu Ente Malakha emphasizes the need for proper sex education in a healthy marriage.

Actor Prithviraj Sukumaran’s directorial debut Lucifer is a complete mass entertainer. It would not be wrong to say that it’s veteran actor Mohanlal’s huge come back after certain box-office failures. Bollywood actor Vivek Oberoi’s lip-sync to the Malayalam dialogues is laudable. In short, Lucifer is a political-drama thriller with some mouth-gasping moments and dialogues. Do watch Lucifer on Amazon Prime.

If you are in the mood for a sweet, simple film that will lighten up your day, Kumbalangi Nights is a perfect choice. It’s a tale of four brothers with dysfunctional family backgrounds and how they find meaning and purpose in life, and creating a stronger bond with themselves. Kumbalangi Nights will melt your heart with some fine performances and a sweet and realistic story-telling. 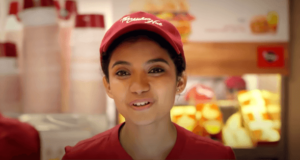 Malayalam cinema hasn’t experimented with survival thrillers a lot. And when it was, we got a splendid film – Helen. Starring Anna Ben, Helen is a film about a part-time employee at a restaurant in a mall who accidentally gets trapped in the freezer of the restaurant and no one has any clue about it. How she finds herself to keep herself alive in the extreme temperature is what the film all about. Helen keeps you at the edge of your seat. 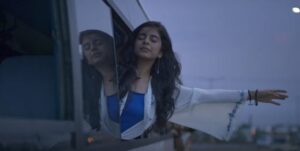 Aanandam is a 2016 college buddy romance with a fresh cinematic narrative. It’s centered around the events that happen during the 4 days of industrial visit a bunch of engineering students set out for. During their journey, they discover a bit of themselves, fall in love, strengthen their friendship, and much more. The film was well appreciated for the astounding relatability with real industrial visits of engineering students.

Directed by the late writer and director Sachy, Ayyapanum Koshiyum is a story about the conflict of two men with extremely contrasting class constructs. Koshy, a rich and powerful man finds himself in a tiff with Ayyapan, a highly reputed sun inspector. The ego clash between the two contrasting personas is well fleshed out with some hard-hitting dialogues and action scenes. 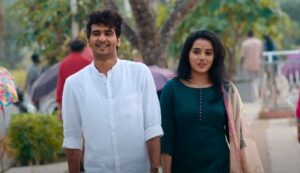 Starring Shane Nigam and Ann Sheetal, Ishq explores another dimension of moral policing. Ishq is undoubtedly a socially relevant film and leaves us in awe with an unexpected climax. This was Shane’s first release after the blockbuster hit Kumbalangi Nights. The film also has supporting actors like Shine Tom Chacko, Leona Lishoy, and Jaffer Idukki who shine throughout the film with their brilliant performances.

This is the first time we see Joju George in a titular role and he sure did meet everyone’s expectations. Joju plays Joseph, a retired police officer who has sharp investigation skills. A chain of unlikely events happens in which Joseph finds himself and his family trapped. How he uncovers some dark and bitter truth is what the film all about.

Android Kunjappan is an interesting take on old-age loneliness through technology. Subrahmmanyan goes to Russia for work despite his father’s reluctance. In order to check on his father Bhaskara Poduval, he employs a robot, Android Kunjappan. Android Kunjappan fills the lonely and empty life of Poduval making him cheerful and happy. But things go a bit too far when Poduval is not able to distinguish between human emotions and technology. The film is funny, thoughtful, and endearing.

Starring Mammooty, Unda is the story of a nine-man police unit from Kerala led by sub-inspector Manikandan CP who are sent to the Maoist region in Chattisgarh for election duty. How they survive in adverse circumstances and bond together as a team is what constitutes the story. The film is realistic at best. It’s not always that we see a genuine representation of the police force in our country. Not many of us are even aware of the struggles they go through and the lack of proper equipment to ensure their safety. Unda, directed by Khalid Rahman, covers all of this.

A woman refuses to be the damsel in the distress and sets out to avenge those who wronged her. It’s Tessa K Abraham I’m talking about, a 22-year-old nurse from Kottayam. Directed by Aashiq Abu, 22 Female Kottayam is one of the best revenge dramas ever made ( from the point of view of a woman to be precise). Rima Kallingal plays Tessa effortlessly. The most thrilling about the film is how she takes her revenge on all the men who exploited her. It was rare in general to think and come up with something like that. Watch the film yourself to understand what I’m talking about.

The film is about a particular night. A mother rushes to the hospital with her severely injured and unconscious son. What happened to the boy? There’s an air of doubt and suspicion. It is only towards the end that we realize what happened and we are left with a lump in our throat. It would not be fair to give away more about the plot. Go watch it, my friend!

Actor Soubin Shahir plays a naive autistic man, Ambili, in this heart-warming movie. He is adored by the fellow villagers. Though autistic, Tina, his childhood sweetheart loves him unconditionally. However, her younger brother and Ambili’s childhood friend Bobby despises him. It’s a road journey from Idukki to Srinigar that bonds Bobby with Ambili and makes him realize the good in Ambili. Their road journey is an emotional ride. Make sure you have some tissues next to you while you watch Ambili.

Directed by Lijo Jose Pelliserry, Jallikattu is India’s official entry for the ‘Best International Feature Film’ at the 93rd Academy Awards. It is also the second Malayalam film to receive this Oscar entry. The plot follows a bull that escapes from a slaughterhouse in a hilly remote village and the entire village men gathering to hunt down the animal. The film is rife with cinematic brilliance. The visuals are surprisingly stunning. However, Jallikattu is not everyone’s cup of coffee.

Just like Ayyapanum Koshiyum, Driving Licence is also about the male ego that drives the lead characters insane. Prithviraj Sukumaran plays Hareendran, a superstar while Suraj Venjaramood plays Kuruvila Joseph, a Motor Vehicle Inspector. Certain misunderstandings lead to a rivalry between the two men and what happens next is the exciting part of the film.

Salt and Pepper is a movie about food and foodies. It is one of those films that can leave you drooling in certain shots. A wrong number connects two foodies, Maya (a voice-over artist) and Kalidasan ( an archeologist). They bond over their love for food and finally decide to see each other. But, that takes a different shape leading to more confusion. Salt N’ Pepper is a fun film with lots to laugh on.

This is the film that introduced us to the star in Nivin Pauly. Since then, there has been no looking back for him. Though the film idealizes beauty as a factor for love, it still turned out to be a huge hit. The film was very much targeted for the youth and the cinematography is bliss.  The songs add the final touch of perception. It was all these factors that made this romantic comedy a huge hit.

Did you enjoy reading my content? Join my diverse cinephile community and stay updated with trending recommendations and interesting editorials. Click the button below to register yourself for FREE!

Join the community for FREE!