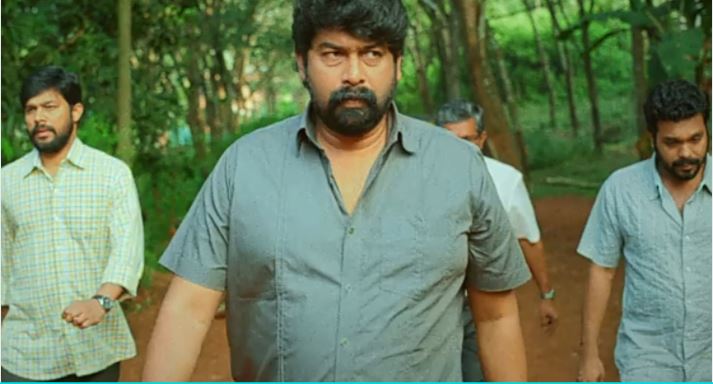 The film starts with a speech recording about the 9/11 attack on the Trade Centre, to remind us of the timeframe the film is set in. A progressive Muslim religious association feels an under-representation of their community and its ideals and to spread the real idea of Islam to a wider audience, they decide to work on a larger medium-Cinema. Thoufeeq (Sharaf U Dheen), a gentle, decent school teacher along with Rahim Sahib (Nazar Karutheny) come up with a script and find a suitable director, Siraj (Joju George). 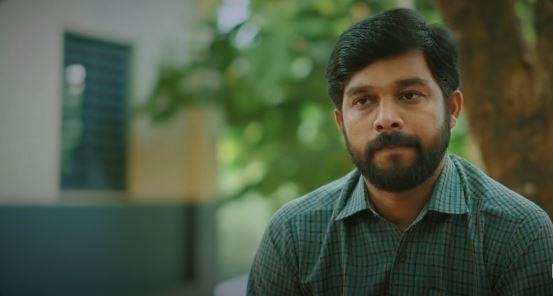 In the first 20-30 minutes, we are left doubtful whether the religious tone has been overdone with too many references and citations. But as we move across the film, what awaits us is a barrel of laughter with some stunning performances.

As the shooting of their film proceeds, the Halal Love Story veers away from its initial religious narrative and takes a dig at the emotional aspects of various characters. Siraj is struggling to strike a balance between his profession and his estranged daughter while Suhra (Grace Antony) and Shereef (Indrajith Sukumaran) introspect their somewhat troubled marriage.

With Thoufeeq being very skeptical about catering to the narrow sensibilities of people of his religious group, Siraj finds himself in a very confusing situation with very little creative freedom.

Halal, which means lawful, and permissible is how they describe their telefilm. Their idea of Halal is what adds to the humor banter of Halal Love Story. Talking of humor, Soubin Shahir’s brief cameo as a sound mixer is hilarious. His struggle with managing two different languages is humorous. Parvathy Thiruvoth too makes a well-defined cameo doing her part in helping the central characters have look at their inner conflicts.

The cast of Halal Love Story is nothing less than perfection. Indrajith Sukumaran and Grace Anthony are brilliant and totally steal the show. Ironically, a scene where Suhara and Shereef give some really bad performances actually indicates their scale as fabulous actors. Joju George, as always, is a stunner. Sharaf U Dheen plays Thoufeeq with the right amount of subtlety, preventing him to become a mere caricature.

The most striking thing about Zakkariya’s movies is, how they flesh out the beauty of North Kerala suburban with synchronized dialect and beautifully stretched frames.

The intention of the writers in lampooning the extreme religious beliefs becomes ambiguous towards the end. We are not made clear of the makers’ stand on the whole idea.

Dealing with a subtle and sensitive subject related to religious and cultural beliefs without offending anyone and crafting out a genuine and humorous framework needs a well-crafted execution. Zakariya and Muhsin Parari has ensured it finely.

Dhamaka on Netflix is a middling social commentary