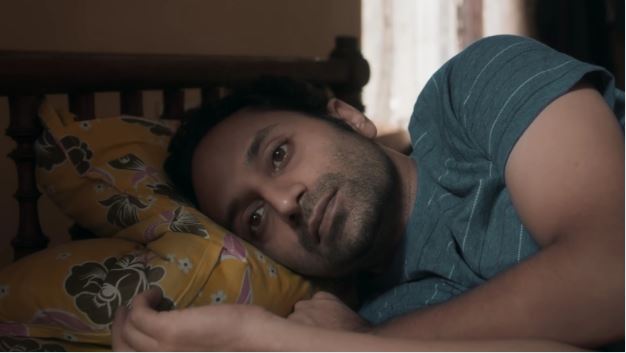 First C U Soon, then Irul, and now Joji. Looks like Fahad Fasil is not letting pandemic take away the thrill of acting from him. Though he did not have any theatrical releases last year or this year (waiting for Maalik to release!), Fahad seems to have taken proper advantage of the digital space.

Coming to Joji that released on Amazon Prime yesterday, we see Fahad yet again creating magic on screen.

After Kaliyattom, Karmayogi, Annayum Rasoolum, Iyobinte Pusthakam, and Eeda, Joji seems to be the recent addition to Malayalam movies adapted from Shakespeare novels. The latter six are heavily based while Joji takes loose inspiration from the Shakespeare novel.

Joji is a careless young man who is living under his father’s roof, waiting for things to somehow work for him. He has two elder brothers whose situations aren’t great either.

Joji’s father has no respect for him, obviously because of his carelessness and lack of interest in sweating out to earn some money.

When the film starts, it shows ‘inspired from Shakespeare’s Macbeth’. I have been waiting right from that moment to witness death, guilt, and haunting. We get a bit of each of that, though not to the extremities of the actual Macbeth story.

I would be giving away spoilers if I speak more about the storyline.

It’s brilliant how Dileesh Pothen makes well-crafted, on-point movies out of a simple raw theme. In Maheshinte Prathikaram it was about a guy’s revenge for being publicly humiliated. In Thondimuthalum Driksakshiyum, it was about a ‘thali’ (sacred wedding chain) being stolen and its aftermath. All these narratives were well etched out and realistic at their best. The same applies to Joji. There is so much depth to the story as well as to the titular character.

Every character in Joji is well-defined and executed to perfection. Starting from Sunny PN who plays Joji’s father, every supporting cast has only added to the strength of the overall performance.

It was a delight to watch Shammi Thilakan back in a significant role after a long time. He is an actor of immense capabilities but seldom exploited to his full potential. Similarly, actor Baburaj who plays Jomon, Joji’s eldest brother also offers a satisfactory performance in his significant comeback. Unnimaya Prasad, who plays Bincy, Joji’s sister-in-law is subtle and raw. Basil Joseph’s Fr. Kevin is a scene-stealer. Well, it must not have been difficult for him to essay the role since the reverend thing runs in his genes! His real-life father, who is also a reverend must be really happy to see his son in the attire of a priest chanting holy verses.

Fahad Fasil is successful in foraying the eerie aura that Joji carries along. There are no highly dramatic scenes for him yet he manages to stun us.

The music of Joji is yet another highlight. Every time Joji tries to defend reality, there’s cunning music that signals to us his true nature. Justin Varghese, the music director of Joji, surely aligns with Dileesh Pothen’s way of filmmaking.

Watching Joji is like watching a play unfolding on a larger stage. Do not miss out on this gem of a movie.