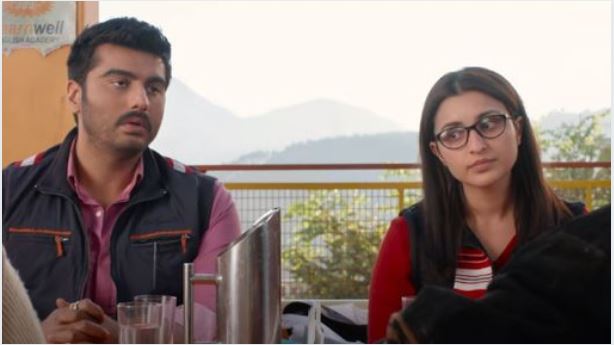 Gender and Movies, Trending on OTT

Sandeep Aur Pinky Faraar that released recently on Amazon Prime Video has taken the OTT platform by storm. The film received rave reviews and turned out to be a hit that no one expected it to be. It is however a little disappointing to accept that the film did not do well at the box office because of poor marketing by the production house. Parineeti Chopra and Arjun Kapoor have delivered career-best performances and their work really needs to be appreciated. Here’s a look at how Sandeep Aur Pinky Faraar breaks the dichotomy of gender stereotypes without shoving feminism down our throats.

1.Let’s start with the names

Our prejudiced mind automatically drives us into thinking that Sandeep is the name of the male lead, played Arjun Kapoor and Pinky is the name of the female lead, played by Parineeti Chopra. We are surprised to realize that it is actually the opposite. Parineeti plays Sandeep Walia, a rich and successful young businesswoman while Arjun Kapoor plays Pinky Dahiya, a Hariyanvi Police. The film breaks the gender stereotypes in the very names of the individual. It should be ok for a person to have any name, regardless of their gender.

In the opening scene, we see a bunch of guys making judgemental remarks about women who wear lipstick. The guy says that if he has to chose between a woman who has worn lipstick and one who hasn’t, he would go for the latter one has as he believes she would have the intentions he is hoping for. He is a reflection of the society we live in, a society where a women’s character is judged by how she carries herself.

When Sandeep and Pinky meet the elderly couple (Neena Gupta and Raghubir Yadav) for refuge, we see how Aunty (Neena Gupta) is never given a chance to speak up by her husband. He casually dismisses her opinion as they are ‘traditionally’ of no significance.

A rich successful businesswoman who is being chased to death by her boss also happens to be pregnant with her boss’s child. What is the first impression it creates about her in your mind? She is probably blackmailing her boss with the baby and wants to steal more money from him, right? Turns out we are in for a surprise here as well. Sandeep sure was pregnant with her boss’s baby but hardly cared if he accepted it. Her baby was her own, someone to be within this lonely world. Her baby, for her, was the only hope of having someone to call her own. She was blackmailing her boss not with the unborn child, but with a fraud scheme that her bank was selling.

At Munna’s pre-wedding party, Aunty shares a story where she almost left Uncle because of all his belittling attitude but called off the idea when she realized that she has nowhere to go. Isn’t this the very reason that keeps several women stuck in hopeless marriages from living a life of their own? They are left with no option but to suffer through the marriage and accept it as their fate.

The horrifying scenes were the bank manager tries to sexually assault Sandeep is a reflection of the real world creepiness that exists in our society. She wasn’t an inspiring entrepreneur to him, just a piece of flesh and blood that he wanted to devour.

Sandeep has zero skills in cooking but it is she who is expected to cook for everybody, just because her gender has been traditionally accustomed to it. When Pinky cooks in order to help her, he advises her to tell everyone that she is the one who has cooked the food, as is expected.

In spite of Sandeep doing all the job of getting uncle back his money, she is hardly acknowledged for her skills. Uncle appreciates her ‘husband’ Pinky for ‘guiding’ her right.

Male characters written by female writers that we loved