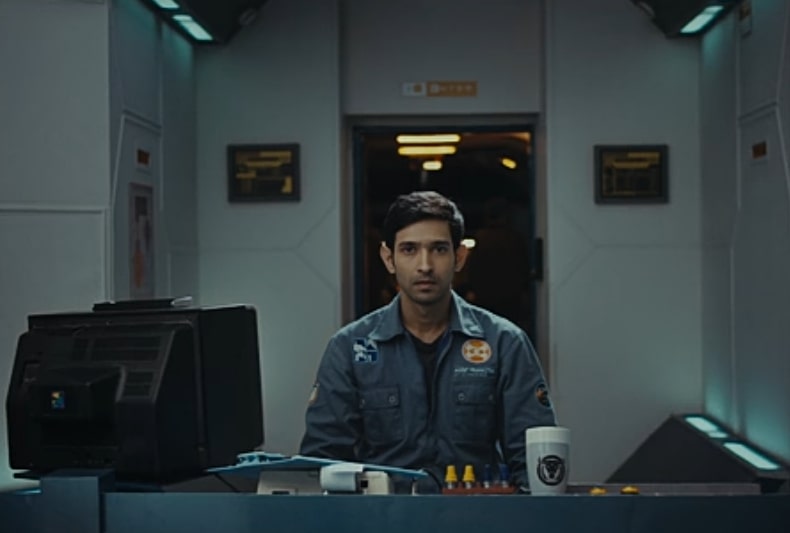 What happens to you after you die? Well, the spiritual texts advocate rebirth and soul transition and even a ticket to hell or heaven, there are no solid grounds to believe any of these theories. In this digital era where science is the ultimate god, not many believe these age-old religious theories. But wait! What if the future beholds a vast technology based on advanced scientific research to handle post-death activities? This is what the latest Netflix Bollywood film Cargo all about.

In this fictional future (maybe this is what the future be like, you never know!!) spaceships and astronauts are appointed by “Indian Post Death Transition Services” to carry out afterlife-related transitions, which mainly include wiping out memory and sending them back to earth as a new person.

Vikrant Massey plays Prahastha, a demon/rakshasa employed to carry out the post-death transition in spaceship Pushpak 634A. Yuvishka, played by Shwetha Tripathy Sharma is sent to assist him in his duties. 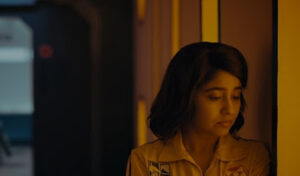 The fictional future has humans who develop superpowers as they grow, just like us hitting puberty as we grow! And by superpowers, I mean powers that can be decoded from science, like Prahastha’s power to defy gravity and lift anything without touching it or Mr.Nitigya’s power to disappear by a rate of 87.05 percentage. They are unlike us who associate superpowers to supernatural existence.

The entire story happens inside a spaceship, Pushpak 634A, where people (referred to as Cargo) who died under unlikely circumstances are sent for their post-death transition. Their stories of unfulfilled dreams, guilt, and misery make us think and question our own existence. Unlike Prahastha, Yuvishka feels empathetic helpless for these people.

Prahastha is a superstar for people on earth but that does not excite him. He has served umpteen years in this spaceship all alone. There is nothing happening in his life and we are hinted that he is emotionless to a certain extent (Thanks to his boring and un-happening life!)

Unlike Prahastha’s life, there is not even a moment of boredom in the film. Every ‘cargo’ arouses within us a curiosity, as to what might have happened to them. The film shows death in a thoughtfully humorous way, yet giving us a glimpse of remorse that follows death, but from a different perspective.

There portions where the plot stumbles a bit the compelling storytelling and presentation compensate for everything. The background score by  Shezan Shaikh is soothing and compliments the narrative pretty well.

Vikrant Massey and Swetha Tripathy have done an excellent job; so did the actors who made a brief yet impactful appearance in Cargo.

Every character stays with us irrespective of their limited screen presence. The makers of the film, an audacious attempt in taking a road less traveled is successful by a significant percentage. It’s not every time that Bollywood comes up with such a stunning narrative. These are the kind of films that can bring back the art in Hindi films.

Here’s a fun fact, the names of the characters and even the spaceship are those associated with demons from the Hindu mythology. As per the ancient scripts, demons were the ones who dealt with afterlife activities. That must be the reason for the makers to come up with such a thought for the character names.