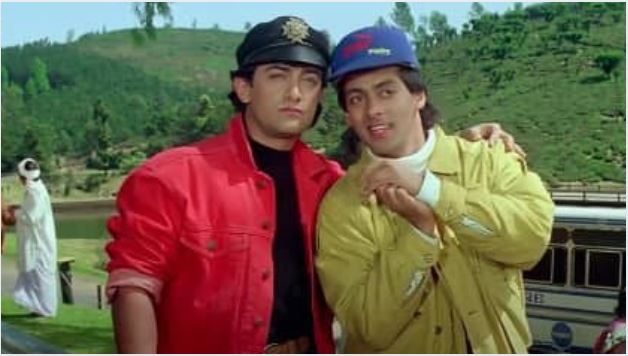 Though both the lead actors played the protagonist and antagonist respectively, it still counts as a film with two heroes! Both Bhavani (Vijay Sethupathy) and JD (Vijay) make this Lokesh Kanakaraju directorial a memorable mass action thriller. Vijay and Vijay Sethupathy compete with one another to deliver a power pact entertainer. There were so many instances where we just could not wait for more to see the two actors together in a single frame. The dialogues of Master also do total justice to the fan base of these two dynamic actors.

There’s a good guy, the cop and then there’s a bad guy, the gangster. A clash between them cuts open a box that brings out some ugly truth. That’s what Vikram Vedha is about. The film has two of the most loved actors of Tamil Cinema. There are very few instances where we actually see them together in a single frame. While Madhavan has been a heartthrob for ages, Vijay Sethupathy was a recent addition to the glory of Tamil Cinema. And that’s why their chemistry was exciting to watch.

Anbe Sivam is one of the best films in the decade-long careers of the legendary Tamil actors Kamal Hassan and R Madhavan. Kamal Hassan plays Sivam, a disfigured wise man while Madhavan plays Anbarasu, a young ad filmmaker. They meet when their flights get canceled and are forced to spend the night together. As they embark on the journey, Anbu learns so much about life from Sivam. He lets go of his arrogance and finally respects Sivam for his generosity. Throughout the film, the brotherhood shared by the two is palpable.

It is a celebration when the two superstars of Mollywood come together to share screen space. The superstar duo plays twins who are advocates in this Fazil directorial. Juhi Chawla joins the cast, like a cherry on the top. The references to their public perceptions are hilarious, especially when they both use them to mock each other.

This Maniratnam magic is well known for its brilliant frames, beautiful songs, and the fact that it has two of South India’s biggest superstars coming together for the first time. Mammootty plays Rajinikanth’s best friend in Thalapathy and spoiler alert – he dies! Though it is more of a Rajinikanth movie, Mammootty does rise up to his level to deliver one of the finest films of the generation.

The two Khans of Bollywood come together in Andaz Apna Apna to give us a cult classic comedy movie. The success and acceptance the film had received back then still resonates with the Millenials. When the stardom of two young dashing heroes clash, we get a blend of humorous and unforgettable Bollywood-style movie.

One thought on “Best ‘Two-Hero’ Indian Movies that left us thrilled!”

Bollywood Thriller Movies that will keep you hooked

Farhan Akhtar: The Jack of All Trades