A closure we were not ready for – Dil Bechara HotStar Admit it, you never saw Manny. All you saw was Sushant with all his charm and innocence doing its magical brilliance as always. Dil Bechara is not just a movie, it is the last memorial of Sushant and by watching the film FDFS, we did our part in celebrating his legacy and bidding a possible farewell with heavy hearts. I’m pretty sure the entire nation watched it together.

It’s been more than a month since Sushant left us, but we still find it hard to get over his death. Have you wondered why? Why do you think #justiceforsushant and #youwillbemissedsushant are still trending? Like Chetan Bhagat in his recent interview said, it is because he was the representation of hopes and dreams of young middle-class India. With his unfortunate death, it is these hopes and dreams that are now being questioned. It has imparted a sense of fear and doubt, “Is it wrong to dream big?”

All that we can pray for now is that, no matter what unlikely circumstances paved the way for this tragedy, let that not force the millions out there to bury their dreams and ambitions out of fear and push them to think that they do not deserve a better life. Let us just pray that they don’t kill their dreams.

Coming back to Dil Bechara; it is indeed hard to watch a film after death and it becomes even harder when all that film is about is death and overcoming it. Each and every dialogue rushes a load of memories in our head. We are very well aware that Manny dies in the end but through Manny, Sushant left us by reminding everyone to appreciate life a bit more.

Every time the melodious song pops in our head, we can’t stop ourselves from picturing Sushant and hits us even harder than we are never going to see him again on the big screen. 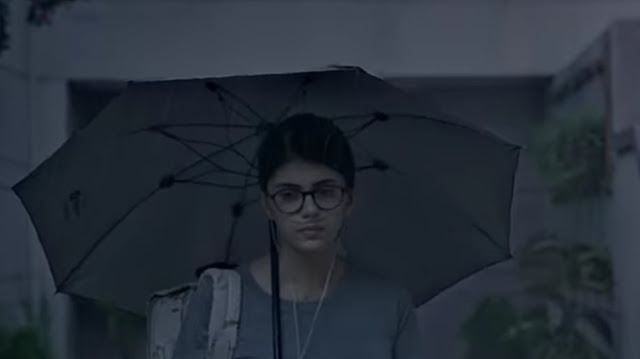 The leading lady Sanjana Sanghi could not cherish the excitement of her debut nor could the director of the film Mukesh Chabbra. Because each and every scene reminds them of Sushant, one of the finest actors they ever worked with. It must be heartbreaking and emotional to watch their debut work on the OTT platform.
It’s good that Dil Bechara didn’t wait for a theatrical release. Now was a perfect time and helped us feel a sense of closure to a tragic end.

We associate all the dialogues of the film to reality and that is what leaves an emptiness in our hearts. And when Sushant says, “Janam kab lena aur marna kab hai, yeh hum decide nahi kar sakte par kaise jeena hai, yeh hum decide kar sakte hain.” (We can’t decide when to take birth and when to die but how we chose to live our lives, is all on us)…. it’s hard to control the tears rolling down your cheeks. If and only if you had listened to that clearly Sushant….