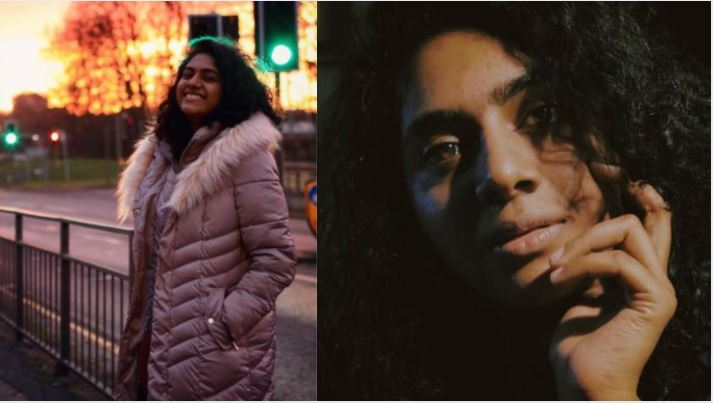 A quick glance at the past is all it takes to reaffirm the stereotyped beauty notions that have existed in our country. Though Bollywood still seems to be progressing slowly in breaking these notions, situations are slowly getting better in Malayalam cinema.

Nandita Das, who has been a vocal critic of color bias in cinema commented on how news articles about her always mentioned her as “dark and dusky” skin as if to qualify that she’s dark and yet she’s an actor.

Related: The theory of dark skin- Skin color and its picturization in movies

Associating beauty with fair skin has been a furtive norm in Kerala for decades. And people with such skin types were the ones who qualified as actors and leads in Malayalam cinema until certain legends smashed this ideology.

Let’s keep the men in this discussion aside for a while, not to undermine their struggles and hardships but because beauty standards have had a severe influence on women more than men.

Nimisha Sajayan, with over a course of four years has managed to become a household name. It was not pragmatic to consider a dark-skinned girl as a lead (unless the character was subjugated to obvious dark skin requirements like when she belonged from the backward community, or it was a film about a dark-skinned girl!) unless Nimisha made her riveting debut.

She suited subtly for the small-town Alappuzha girl in Dileesh Pothen’s Thondimuthalum Driksakshiyum. Her performance transcended our expectations from a debutant and she was lauded for her portrayal of Sreeja.

But the game had just begun. Better opportunities poured in and Nimisha became part of projects that demanded fierce talent and hard work. Was it her skin and glamour that fetched her all these opportunities? No, nothing but her personal magnetism and excellent skills can be credited for her success.

In a viral video clip of a show called Annie’s Kitchen where Nimisha appeared as a guest, she can be seen confidently replying how her skin color has never bothered her in any way. She stood by her word till the end of the show in spite of all the nudging by the host Annie who just could not let go of her belief that fair skin is a mandate for an actress! Annie, like a patriarch, is shocked by Nimisha’s candor, as if she can’t agree that an actress with dark skin can be so cool about her looks. Towards the end of the show, Annie even goes a little far and advises Nimisha to try on make-up since she is an actress.

It is women like Nimisha who break the stigma surrounding beauty standards and redefine it.

The influence of media and celebrities on common people can’t be underestimated. They play a significant role in assisting people to learn and unlearn myths and baseless beliefs. With more people like Nimisha and more movies that normalize all skin colors, Malayalam cinema is going to be in safe hands.

In a recent interview with the national daily The Hindu, the State Award-winning actress opened up on how she is trying to break the stereotypes in the portrayal of women in Malayalam cinema. Well, she has come a long way so far and I hope that her words take form on the screens.

As Nimisha continues to reign Malayalam cinema with her prowess and expands her empire by her next English movie Footprints on Water, there is nothing but a ray of hope left behind.