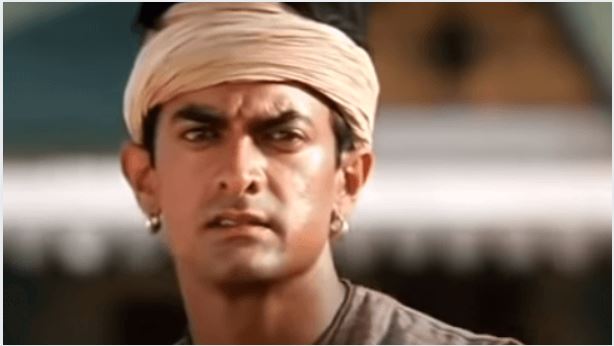 20 Years of Lagaan – The film that almost won an Oscar!

Lagaan, directed by Ashutosh Gowariker released on June 15, 2001, twenty years back. I remember the pomp the film had created back then, though I was in pre-school. The songs of Lagaan were ubiquitous to every annual day function in those times! Radha Kaise Na Jale topped the list.

Talking about the music, the songs of Lagaan were so happening, so palpable that it is impossible to resist ourselves from grooving to the tune. The songs in Lagaan are indeed one of the finest creations by musical maestro AR Rahman.

It is not just the electrifying and soulful songs by AR Rahman that made Lagaan so popular, but the unique take and narrative in the independence struggle that has carved a special space for the film in every Indian’s hearts.

Lagaan, as the name translates is about the heavy taxes imposed by the Britishers on poor farmers. The story is set in 1893, during the late Victorian period of India’s colonial British Raj. When the farmers reach out to the king for tax exemptions, they are instead challenged for a game of cricket by British officials. Totally unaware of the game, the villagers unite together to win the match and earn the justice they deserve. How the villagers start from nowhere to defeat a set of professional players is indeed inspiring.

I know that we have a lot of such inspiring sports dramas today, but Lagaan is the pioneer in that category. There’s the independence struggle that we have heard of, but in a different frame, there’s the untouchability and fight against it that we have learned in our history classes, but the film approaches it in a fresh perspective. In the bigger canvas of sports drama, the film explores diverse independence struggle making it a unique and entertaining piece of art.

Almost making it to the Oscars

Indians love cricket, they also love their country. And a combination of this resulted in a cult classic film that almost made it to win the Oscars. After Mother India and Salaam Bombay, Lagaan was the third Indian film to receive an Oscar nomination under the category of Best Foreign Language Film. Aamir Khan, who played the lead and also served as the producer (this was his maiden production venture) recalls how he and Ashutosh had flown to Los Angeles upon Lagaan’s nomination at the Oscars. They had high expectations of the nomination and were all prepared to take the coveted award back home. But their hopes were shattered and the award went to the Bosnian film No Man’s Land.

Read: Indian Movies at the Oscars-The story so far

The cast of Lagaan

Though Aamir Khan plays the lead character of Bhuvan, the young guy who encourages the farmers to fight against the British, there is an ensemble cast in Lagaan. Gracy Singh, who plays Bhuvan’s love interest made her debut through Lagaan (what a way to start a career!). Though she made another significant appearance in Munnabhai MBBS, her career never really took off and we never got to see much of her after that.

Netflix came up with an exciting piece of news when it announced the reunion of the cast of Lagaan! Well, fingers crossed for that!