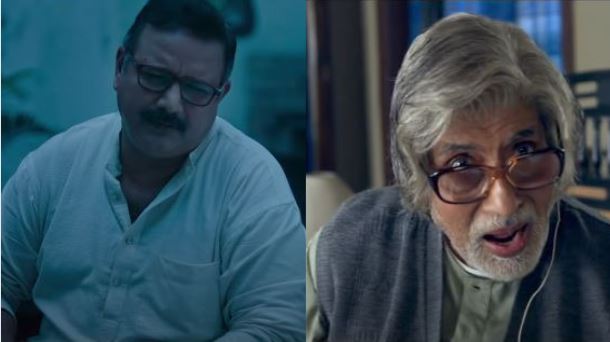 Feminist Dads from Bollywood that we adore!

Being a father is not an easy job. And being a father to a girl is even more complex in our society. They have to balance between their love for their daughters and society’s expectations of girls. Here’s a look at five feminist dads from Bollywood movies who give us major ‘dad’ goals.

Narrottam Mishra (played by Pankaj Tripathy) is the coolest small-town dad ever. His daughter Bitti Mishra may not match the expectation of a ‘sanskari Indian girl’ but that does not affect  Narrottam in any way. When Bitti goes through an identity crisis, he stands by her and encourages her to be herself. He advises her that in a society people are going to say things but it is up to us not to get affected by them. What is cooler about this scene is that he shares this piece of wisdom while sharing a cigarette with his daughter on their rooftop. He is least affected by what people think of his daughter and wants her to remain true to who she really is.

While most fathers consider their daughters as ‘parayi’ after marriage, Sachin Sandhu won’t confine to this tradition. After his daughter’s separation from her husband, Sachin open-heartedly takes care of her. While his wife is worried over the reputation damage this divorce may have, Sachin refrains from any compromise and lets his daughter take the final call. And he stands by her till her final decision. Fathers like Sachin Sandhu are rare in the real world.

70-year-old Bhaskor Banerjee may come across as an annoying old man in the beginning but as the movie progresses, we see how liberal a dad he actually is. He is not worried sick about his 30-year-old daughter’s marital status. He even publicly announces how his daughter is sexually free! As we understand Bhaskor Banerjee better, we realize what a loveable father he actually is.

In a country where a girl’s education is warded off as unnecessary and a luxury, Champak Bansal (played by Irrfan Khan) puts everything at stake to fulfill his daughter’s dream of studying in London. And he doesn’t allow his daughter to know the suffering he goes through in order to fulfill her dream. There are many elements in the film where we see the typical protective, concerned and loveable father that Champak Bansal is.

From a state that has the highest female foeticide rate and lowest sex ratio, comes a man with four daughters who trains them to be the finest wrestlers the country has ever seen. Mahavir was initially not happy about the birth of his daughters as he wanted a son who could continue his wrestling legacy. But this was before he saw the potential of his daughters and decided to continue his legacy through them. The most exciting fact about Mahavir Singh Phogat is that unlike previous dads mentioned, he is not fiction!

4 thoughts on “Feminist Dads from Bollywood that we adore!”