August 2, 2020November 18, 2020 by Anjali Pillai
It’s Raksha Bandhan and I could not think of any other brother-sister duo than Ross and Monica Geller. From fighting like kids even at their 30s to supporting each other every time something went wrong, these siblings have been giving us some serious brother-sister goals for the past 25 years.

1. The One with the Routine

The iconic dance by Ross and Monica is still fresh and bursts us into laughter even after 25 years of the world-famous sitcom. It is indeed the most hilarious episode in the history of world sitcom.
Ross and Monica’s dance deserved more than “an honorable mention in the brother-sister dance category”!

2. The One with the Geller Cup

Siblings can definitely get competitive. But so competitive? Must be an exclusive Geller thing it seems. It is a treat to watch Ross and Monica fight for Geller Cup, which for them is a family pride and all that we see is a naked ugly doll on a wooden plank!

I know this is all about Monica and Ross but it would be unfair to not mention Rachel Green here. Yes, Ross’s girlfriend and Monica’s best friend, yet ignored by both in their hustle for the Geller Cup and to compensate, she “goes really long”

3.The One Where Ross knows 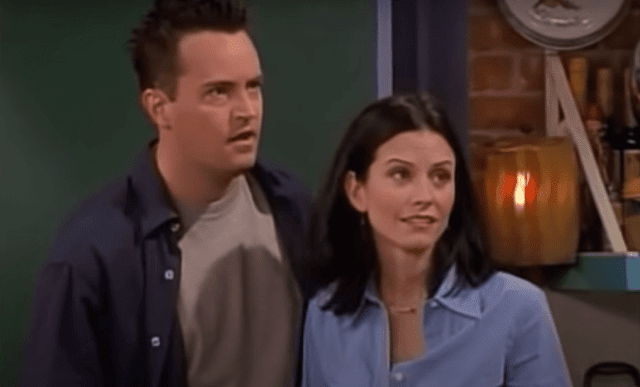 “My best friend and my sister!”

Though Ross is the last one to know about Monica and Chandler, he is let’s go off his initial fury (on seeing Chandler and Monica making out!) and showers immense happiness on the couple proving once again that he is a loving and understanding big brother.

4. The One with the Thanksgiving 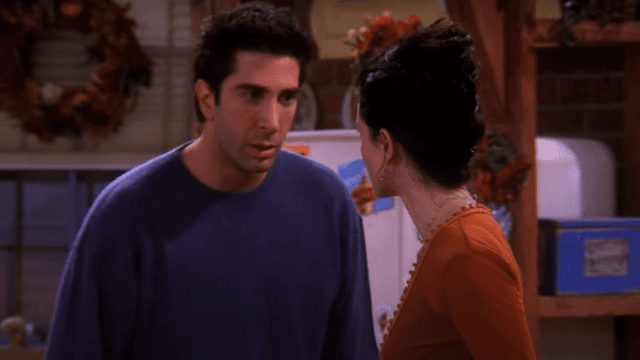 We expect siblings to become more mature with age, making fewer fights and being less annoying. But for Ross and Monica age is just a number and that is why you see them spilling each other’s secrets to their parents like kids when they are almost 30! Looks like the Ross and Monica get into a fight every Thanksgiving. Well, with this fight, Chandler had his benefits so never mind!

5. The One where Monica bangs Ben’s head 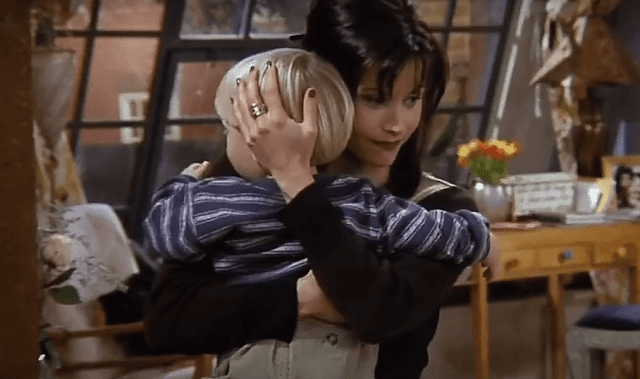 We all know how excited Monica was about being an aunt and therefore it is not an unknown fact that Monica loves Ross’s son Ben. It was a rather sweet episode when she could help feeling guilty for accidentally banging Ben’s head and tries to cover-up the same. Ross, instead of getting furious teases her calling “Monica Bang”.

6. The One Where Ross is everywhere

Maybe it’s not a good idea to let your brother date your roommate. Since Ross is now in a relationship with Rachel, he is at Monica’s all the time and she finds him rather irritating with all his teenage pranks (well, for us they were quite funny though!). The best prank he pulls is telling Monica that her boyfriend Richard is on call while it was actually their mother!

7. The One with the midnight mystery kisser

Which one is your favorite Monica-Ross moment? Tell me in the comments