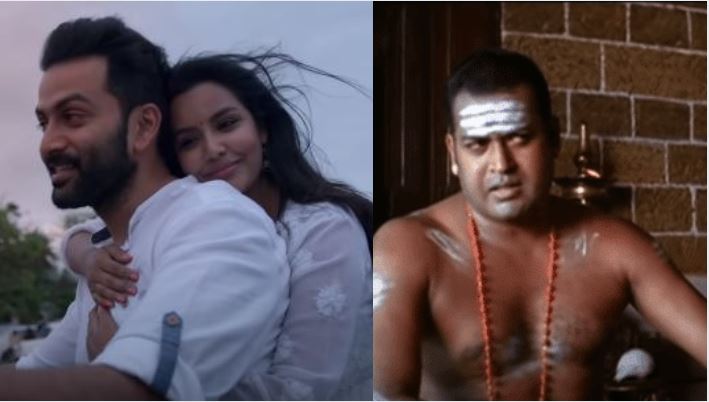 Prepare yourself for some sleepless nights!!

Ezra, a recent horror-thriller, is one of the most popular films in this genre. The film runs parallels between two different timeframes. One is set in the 1980s while the other in the current scenario. Prithviraj plays Ranjan Mathew, a nuclear waste specialist who has just transferred to Kochi with his wife Priya. Finding it difficult to cope with change in environment, Priya goes to an antique shop to cheer herself up. She buys a strange box from there and opening that box starts causing paranormal activities. The events that follow are sure to give you a nightmare.

Pretham, the word itself means ghost in Malayalam. The adds humor to the usual horror made and gives it an interesting twist. However, what begins as horror-comedy takes an interesting turn of events and changes the tone of the film. Danny, Priyalal, and Shibu are college friends who invest in a resort in Kerala. All their dreams come to a halt when paranormal activities begin to happen in the resort. Upon approachingg John Don Bosco, a mentalist, the three come to know that the resort is indeed haunted by a ghost who is in search of some answers.

Directorial debut of celebrated film maker Santhosh Sivan, Anandabhadram is based on a dark fantasy novel by the same name. The film was inspired by the paintings of Raja Ravi Varma, Theyyam, and Kathakali dance movements, and Kalaripayattu martial art forms. Set in the fictious village of Sivapuram, Anandan returns to his ancestral to light the lamps at Sivakavu (a mysterious temple of Siva). He finds himself trapped in ancient black magic and fights his way out.

Director Vinayan is the king of malayalam horror movies. His film Vellinakshatram is an elaborate film with several sub plots and an eventful narrative. It is about the series of events that unfold in Lakshmipuram royal palace. The family apparentely has a dark history that dates back to time kings ruled the country.  Vellinakshatram is entertaining and spooky at the same time. It is also regarded as one of the best films of director Vinayan.

Akaasha ganga directed by vinayan is a haunting revenge thriller. Set in the usual royal backdrop, the film is about a ghost Ganga who is desperate to take revenge on the royal family who rendered her helpless. The film has some really spooky background scores and songs.

A cult classic in Indian cinema, Manichitrathazhu is one of the best horror films ever made. Remade into several languages,  Mainchitrathazhu draws a thin line between paranormal and psychological activities. The first half of the film is sure to keep you at the edge of your seats. The 1993 film is still popular among the Malayalee youth. Apart from the gripping narrative, Sobhana’s stunning performance is one of the key factors for the success of the film.