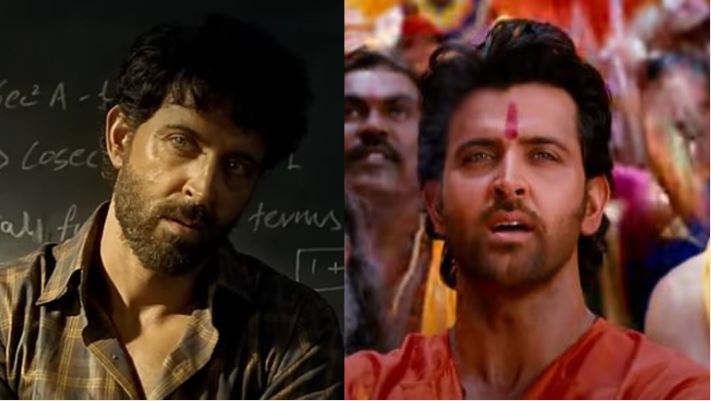 Hrithik Roshan Movies to watch if you are a true fan!

It’s been nearly two decades since this six-fingered man has taken over our hearts. With every movie, Hrithik proves to us again and again that he, in fact, is a versatile actor and can blend in any role effortlessly. To celebrate his legacy here are some best movies of Hrithik Roshan that you cannot miss if you are a true fan. The films are ranked in no particular order.

Directed by Farhan Akhtar, Lakshya is a film about a lazy teenager who joins the army and finds purpose in his life. Hrithik Roshan plays Karan Shergill with utmost perfection. His transition from a carefree young lad to a responsible army officer is astounding. He also graces the show with his impeccable dancing skills. The plot of the films is loosely inspired by the Kargil War of 1999.

Agneepath is the remake of the old Amitabh Bachchan film with the same name. Hrithik shines as an angry young man in this Karan Malhotra film. It is a film that veers away from Hrithik’s usual movie style. Hrithik plays Vijay, a young man in pursuit of avenging his father’s brutal death. The film also has Priyanka Chopra as Hrithik’s leading lady.

This one is a classic, probably the best travel movie ever made in Indian cinema. As three college friends initiate an adventurous road trip across Spain, they liberate themselves from all the bindings from the world. In this journey, they free themselves from the fears that pulled them back from enjoying many things in life. Hrithik plays Kabir, a hot-shot investment banker. Trust me, it would be impossible to consider someone else for this role.

Though the film’s style and narrative may not align with the current storytelling style and scenario, Kabhi Khushi Kabhi Gam is a masterpiece. The film was a blockbuster hit during its year of release. In this film, Hrithik Roshan plays Shahrukh Khan’s younger brother who flies to London in search of his brother. There he reunites with his estranged brother with the remaining family and everything ends happily ever. Again, Hrithik’s amazing dance moves leave us awestruck.

Koi Mil Gaya was an obsession for the 90s kid (me included!). Hrithik plays an autistic 22-year-old guy who is still in school due to his intellectual disability. We sympathize with him when he is mocked for his condition and is ridiculed all the time. Things change for Rohan when he encounters an alien whom he lovingly calls Jadoo. How Jadoo changes his life is what the film shows next. Koi Mil Gaya is a complete entertainer with a thick storyline, rollicking music, and Hrithik Roshan like the cherry on the top.

Indian cinema may not have made a place for itself in the ‘superhero’ genre like Hollywood. But there’s an exception, Krrish. Krrish is actually the sequel to Hrithik’s 2003 hit movie Koi Mil Gaya. Hrithik plays Krishna, Rohan’s son. Though nothing in comparison to Hollywood, Krrish is a decent sci-fi superhero movie. Hrithik sure has done a lot of homework for the demanding stunts in the movie.

Hrithik Roshan plays the much-acclaimed teacher Anand Kumar in this Vikas Behl directorial. For an actor with immense glamour and appeal, molding himself to this character did not come across as a tedious task. Hrithik transformed himself into the Bihar-based Anand Kumar with utmost ease and perfection. However, there were certain allegations against the film and Hrithik regarding his skin color in the film. Read it here.

The love saga of the great king Jalaluddin Akbar and his wife Jodha is picturized in this beautiful film, Jodha Akbar. Hrithik pairs up with beauty queen Aishwariya Rai to play the titular characters. Hrithik’s mannerisms and body language need a special mention here.

Dhoom 2 is an action thriller movie with a huge and stellar star cast. Hrithik plays a robber while Abhishek Bachchan and Uday Chopra reprise their roles as buddy cops. Aiswarya Rai joins the star cast making it even more colorful. The film is glamorous as much as it is entertaining.