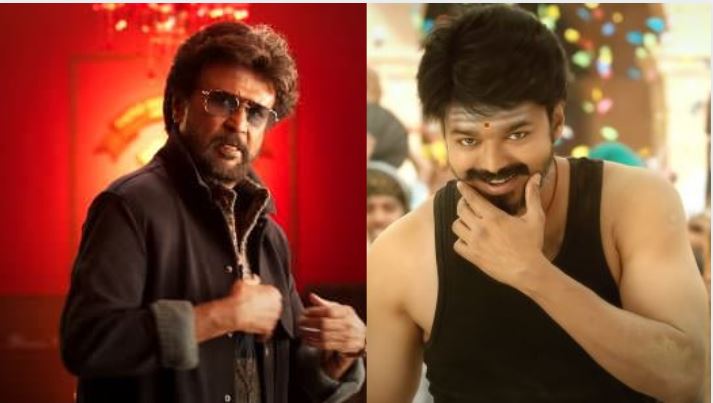 There is a misconception abroad that Indian cinema is nothing but Bollywood alone. Well, the growing popularity of streaming platforms is sure to introduce them to some path-breaking regional movies that broke several records. There are several regional industries but Tamil movies have a thing that makes them stand out. They are a mix of all ingredients that are needed to make a successful film. Tamil movies on Netflix testify this.

Though Netflix may not be a storehouse of brilliant Tamil films, the few on the list are a must-watch.

Super Deluxe is one of the finest Indian films ever made. The four parallel subplots in Super Deluxe form a narrative that will blow your mind. There is nothing that the film does not cover. There’s romance, infidelity, pornography, LGBTQ rights, the list can just go on. The film is simply out of the world (Literally!! Watch the film and you will get it!)

Related Article : South Indian films that should never be remade

Puriyatha Puthir is a mystery drama that unravels the horror of cybercrime. As the film opens, a young girl jumps off the terrace of a multi-story building. Her last words are “I’m sorry”. Who is she? What made her do this to herself? We don’t know. That’s the mystery that needs to be solved. The film stays true to its title-“Mystifying puzzle”. Vijay Sethupathy as always creates magic on screen.

If you are new to Tamil movies, Mersal can help you understand what ‘mass-masala’ implies in Kollywood. The film stars Vijay in several roles and as always, he sets the screen on fire with his mass appeal. Not denying the fact that Mersal is old wine in a new bottle. But the film sure does offer you the right dose of entertainment you came looking for.

Deputy Superintendent of Police Ranjith Kalidoss(Arjun) is on a mission to catch a psychotic killer with his fellow colleagues. Their hunt for the killer however takes a different route as darker secrets are unraveled. How does the team overcome the challenges, watch this brilliant thriller to find out!

The undisputed king of Tamil cinema, Rajinikanth scores again with Petta. It is indeed surprising how he pulls off a charming romantic hero in his 70s! Kartik Subbaraj is one of the few young directors who know the taste of the Tamil audience. And that must be the reason for the immense success of Pettah. Another factor that makes the film exciting is its stellar cast. Nawazzudin Siddique makes his Tamil debut in Pettah. Vijay Sethupathy impresses us as always in his distinct role. We also get to see the dazzling beauty  Simran after a break.

Kabali was Rajinikanth’s savage come back after a series of repetitive and banal films. The film was able to absorb the shock of his previous failures. He adopts a complete makeover, aligning with the current trend. Kabali (played by Rajinikanth) returns after serving a sentence in prison. He is in search of people who destroyed his life and his family.

Rich with graphics and storyline, Baahubali is one of the biggest films ever made. It would not be fair to categorize into a particular language. Let’s just call it an Indian film. I’m including it in the list because the Tamil version is available on Netflix! There is not a single moment where you get bored. Every scene is so visually captivating that you find yourself saying ‘Jai Magizhmathi’ in the end!

How would things turn out if a free-spirited person and an orthodox person fall in love? Further assigning the gender, the free-spirited person is the woman in the relationship. Complicated right? That’s what the film explores. The leading couple meets by chance and now have to negotiate their differences as they fall in love. The film is a thoughtful drama that demands a watch.

Kannum Kannum Kollayadithal is like a road with several twists and turns. Right when we think we know what is going to happen, we are in for a surprise. Revealing too much here would be a sin and would take out the fun of watching the film! Trust me, you are in for a roller coaster ride. There were moments when I thought about what made the makers cast popular director Gautam Vasudev Menon. I had to wait till in the end to find out, and it is hilarious.

Written, directed, and produced by Dhanush, Power Paandi is a light-hearted tale about an ex-stunt man who goes on a soul searching after having a jibe with his son. Paandi goes in search of Poothendral, his long lost love with whom he broke up 40 years ago. Rajkiran and Revathy play the present versions of Paandi and Poothendral while Dhanush and Madonna play the younger version. Power Paandi is heartwarming and delightful and deserves so much love.

Paava Kadhaigal is Netflix’s first Tamil original movie. The film is a collection of four brilliant short stories directed by renowned directors of Tamil cinema. The four short films are centered around honor, pride and sin. With terrfifc performances from actors like Kalidas, Anjali and Sai Pallavi, Paava Kadhaigal is one of the best anthology film released during the pandemic.

Sillu Karupatti is an anthology film with four short dramas that deal with the idea of love. The film was a huge critical and commercial success. The film is lovingly crafted and is backed by some endearing performances. Aesthetic visuals and emotive music make the film even more appealing.

Directed by Vetrimaran, Visaranai is a film that deals with the lives of two men before and after they are thrown into kafkaesque scenario in which they get tortured for confession. The film was a huge success and bagged several awards. The film faced wrath from some as it visualized politically motivated police officers. Visaranai is a complete commercial material. It has humorous actions, nail biting climax and even a little painful love story. Don’t miss out on this masterpiece.

Chiyaan Vikram is one of the most versatile actors the country has ever seen. Let it be action, drama, or romance, he can blend himself easily in any space. In Thaandavam, he plays a blind man who uses echolocation to carry out an elaborate plan of revenge against the people who are responsible for his loved one’s death. The film is a decent action thriller and worth a one time watch.

Madhavan and Arya play brothers in this action film. Their chemistry really works out and we get to see an interesting brotherhood in Vettai. Thirumurthy (Madhavan) is really naive and scared unlike his younger brother Gurumurthi (Arya). When Thirumurthy inherits the police job from his father, Gurumurthy does the job of beating up the bad guys on his behalf. One thing leads to another and Thirumurthy realizes that he needs to gather up the courage and fight his fears. The film is an interesting one with the ‘Tamil Masala’ in the right amount.