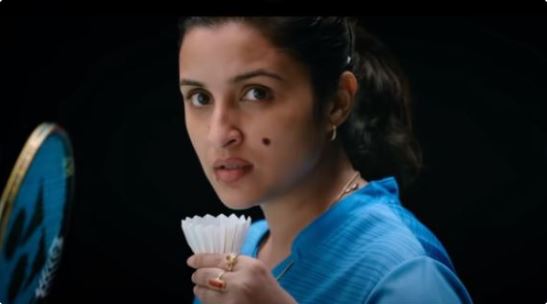 They come from a family with poor economic and social backgrounds. They work hard, have their parents’ support. And with consistent hard work, they beat the impossible and take a shower in medals and make the nation proud.’

Aren’t we bored of this recurring underdog narrative in the sports drama? Sports dramas today have become so predictable that we can easily assume what will happen in the next scene.

There are sports dramas based on the life of real sportspeople and then there are fictional movies. Stories of people who have made our country proud are indeed an inspiration and their story needs to be told, no doubts. But when the style of narration becomes recurring, the outcome is just a banal biopic that doesn’t feel inspiring enough like the real-life story. Isn’t it somewhere underrepresenting the real efforts of that sports persona? I just couldn’t help thinking!

Dangal is highly exceptional from this category by the way. The narrative is nothing we have known or heard of. It was fresh and extremely engaging. It was a story that needed to be told. Nitesh Tiwari has done an excellent job in etching out the life of the Phogats.

MS Dhoni – The Untold Story also could be kept aside here. Though the template was the same, the film was a peek into the life of the most loved captain that we had never known existed. We came to know about his relationships and were left heartbroken. The film also highlighted the controversies thrown on ‘Captain Cool’ and how he dealt with those.

But recently released Saina is a disaster in this respect. It’s highly predictable, clichéd, and not at if all exciting. We don’t feel happy or proud when the reel Saina wins all the games. Also, the whole point of making a film on a renowned badminton player seems a little far-fetched. Not to undermine her struggles and hard work but don’t you think that most of the sportspeople in our country go through an intense struggle phase before making it big? No player would have a story where things miraculously worked out for them. Hence it feels a little pointless to go on making movies based on the lives of every Olympic medallist out there unless they have some really interesting aspect that can prove to be an excellent add-on to the narrative.

Coming to fictional sports dramas, they are no different either. There’s unnecessary patriotism injected in these movies that begins to feel a tad artificial.

Chak De India told the same old story of rising above the odds to make our country proud. But with a different narrative, and that has made all the difference. It is indeed one of the best sports dramas ever made in Indian cinema. There are several layers to the plot and offer us the right amount of goosebumps.

Abrid Shine’s  1983 is yet another purely fictional sports drama that is simply heartwarming. The movie is about a bunch of cricket lovers from a small village in Kerala.

Telugu movie Jersey starring Nani is slightly an underdog narrative but with a strong storyline and is drenched in emotions. The movie is about a forgotten cricketer who wants to make a comeback and prove his worth. It is one of the best Telugu dramas you will ever see. The film is being remade in Bollywood with Shahid Kapoor as the lead.

Heart-thumping jingoism has become a mandate for most sports drama movies. Maybe keeping it under limits can also contribute to enhanced quality of storytelling.

There are many sports dramas in the queue. Taapsee Pannu’s Rashmi Rocket and Shabhaash Mithu are a few to mention. How will they turn out, we never know! Just fingers crossed that they break out from this predictable template and put on a fresh perspective.

20 Years of Lagaan – The film that almost won an Oscar!

F.R.I.E.N.D.S – My Introduction to Liberal and Independent Women